The IDCCA / NDTC Bootcamp helped to get me elected! 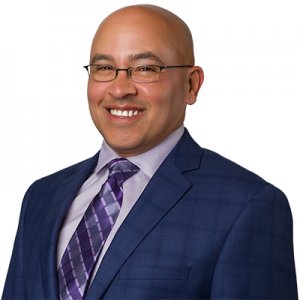 The IDCCA / NDTC Bootcamp helped to get me elected!
by Carlos Acosta, McHenry County Board Member – District 5, @mchenrydems

“I want to run for something.  Now what do I do?” This was the only question I brought with me to the 2017 Illinois Democratic County Chairs’ Association National Democratic Training Committee Bootcamp. The Bootcamp answered the question and more.

My background may not have initially led be to want to serve in government, but it did make me an activist. I have been a Social Worker for over 20 years and was the co-founder and leader of the McHenry County Latino Coalition. I later became a Union Steward for AFSCME Local 2833. Since 2010, I had been involved in campaigns. For six years, I‘ve been active with the Democratic Party of McHenry County, but, never considered running for office. I appreciate my County Party for nominating me to attend the Bootcamp and their belief in me. But with all this experience and support, I didn’t really know what I needed to know, and I feared I wouldn’t learn what I needed to learn to win. This would be my first time running for anything and, as my wife of many years later reminded me, I don’t handle failure well.

The first impact of the 2017 IDCCA Bootcamp was a change in my way of thinking.  I walked in thinking like a campaign volunteer. I walked out thinking like a candidate. I began thinking campaign strategy, fundraising plans, and volunteer recruitment tactics.  Having access to so many experienced professional campaign staff was immensely beneficial, but also having the opportunity to talk to other potential first-time candidates from across the state and exchange ideas (and fears and frustrations) was a Godsend.  We kept in touch after the IDCCA Bootcamp and constantly shared what worked and didn’t work from our training.

The second impact of the 2017 IDCCA Bootcamp was confidence…concrete confidence.  I walked in hoping I could win.  I walked out knowing I will win.  Bootcampers were put through tough, sometimes blunt, conversations and exercises to prepare for what they would face during their campaigns.  Bootcampers were given tools (spreadsheets, targeting formulas, financial data – or where to get it) to build on for their campaigns.  Throughout my campaign, I drew on that confidence when outside pressures came into play.  I drew on that confidence when people questioned my strategy or offered “friendly advice.”  I was confident in knowing this was my campaign and, while listening to my team, November 6th would be my win or my loss – I’m the candidate.

The last impact of the 2017 IDCCA Bootcamp was it helped me find, not just “my story,” but more specifically my political story.  I knew I wanted to run for office, but I needed to find my story of why I wanted to run .  Why am I running and why now?  How have my experiences shaped my values and how will they guide my decisions?  I needed to be able to express that story.  I needed to express that story in a way that would convince voters I was a better candidate than my opponents.  Listening to the trainers helped with the message but listening to other potential candidates (and their stories) helped me find mine.

Now, none of these impacts were clear while I was at the whirlwind that was the 2017 IDCCA Bootcamp …and it was a whirlwind. For an example of how full the schedule was, we talked about targeting – targeted canvassing, targeted mail, targeted calls.  We talked about fundraising – when and how (always and everywhere).  We talked about messaging – what works with Democrats, what works with Republicans. We talked about media – what to use, what to avoid, when to use it.  We talked about volunteers – how to find them, how to motivate them, and how to match their interests with your needs. We talked about how to get the best, most efficient use of our resources (because we would have very little). For the first time, I had the opportunity to talk “pure politics” (no policy, no issues) with professionals who have worked and won campaigns.  Imagine spending the weekend with Jan Schakowsky or Dick Durbin and being able to ask them anything in order to learn the mechanics of how they win elections!

However, when I got home, I had time to reflect and use the information gained to make some hard decisions.  What office do I want to run for?  What race do I have the best chance of winning? I considered many options. I thought of running for State Senate.  It was an open seat.  My analysis, using what I learned at Bootcamp, showed I did not have the time working a fulltime job or deep support in that district to win.  I thought of running for State Representative.  No Democrat had declared, and the incumbent was seen as a weak campaigner.  Again, time was a barrier.  In addition, the District is much more conservative than I am.  Messaging could be a challenge.  Both of those races would require a very dedicated fundraising mechanism which I could not create at this time.  After considering all these and other factors, I decided to run for County Board.  Using the tools, I learned at Bootcamp, I launched my campaign for County Board and became part of the Bluewave. I won with the most votes, becoming the first Latino elected to the County Board.

My historic win can be attributed to the training I received. I would encourage anyone interested in running for office to participate in an IDCCA Bootcamp.

About the Author: Carlos Acosta