Remembering Shirley McCombs – A Friend and a Great Democrat 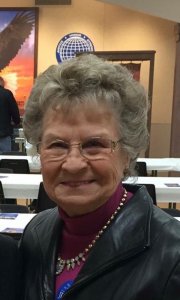 Remembering Shirley McCombs – A Friend and a Great Democrat

It is with deep sadness that we say goodbye to longtime Illinois Democratic Party activist and Menard County Chair Shirley McCombs. On October 1st, Shirley passed away at the age of 81.

On behalf of a tens of thousands of Democrats whose lives were touched so significantly by Shirley McCombs, IDCCA president Doug House issued the following statement:

“Illinois Democrats have lost a remarkable friend in the passing of Shirley McCombs. Shirley was an irreplaceable force when it comes to passion and dedication to the Democratic Party.

While I suspect, given her humble nature, she would prefer to be remembered as a tireless volunteer for the politics she loved, Shirley did far more than most to shape and influence the Democratic Party in our state. In our worst defeats, she doubled her efforts to activate ordinary people to stand up and fight. In our victories, many of which were impossible without her participation, she quietly stood at the sidelines to allow others take the credit.

Shirley’s optimism never ceased. She believed in organizing to grow the Democratic Party – especially in places where naysayers and pundits said it couldn’t be done. And, decade after decade, Democrats, citizens and communities benefitted from her work.

Scores of Illinoisans hold Shirley McCombs in great esteem because she earned our admiration through ‘doing,’ instead of just ‘talking.’

We send our deepest sympathies to her family and friends. And, for this election and many more to come, we’re determined to not let Shirley down in our fight for victories up and down the ticket.”