Black History Month – An Opportunity to Motivate and Rededicate 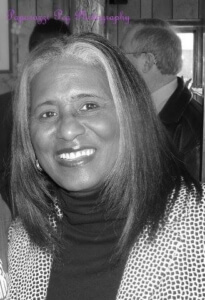 This year, Black History Month is more than just another opportunity to observe, celebrate and unite over the contributions of our ancestors who endured unspeakable hardships in this country. It is, in fact, with those struggles in mind that we must demand a better Illinois.

February is the month that Illinois political campaigns will catapult their efforts into high gear seeking votes for the March 20 Primary Election. For those of us who are passionate Democrats, we have the opportunity to choose our nominee – the best challenger to defeat Bruce Rauner and end the chaos he’s created. For African American Illinoisans, Bruce Rauner’s promises simply have not held true. The essential services that millions of citizens pay for, and rely on, have been slashed or left wildly underfunded by the Governor. In one breath, he says that working a job is the most important element for success; however, his actions have spearheaded the end of critical daycare assistance for low-income, working single mothers who are often working two or more jobs to provide for their children.

Rauner says that he is passionate for an education network that invests from “cradle to career,” but he vetoed the most significant school funding reform plan in our state’s history. His policies have also been extremely detrimental to our state’s colleges and universities – on his watch, over 70,000 students have left Illinois for out-of-state schools.

Bruce Rauner’s well-tested talking points have not resulted in a better life for millions of working and middle-class Illinoisans. In fact, his antagonistic, hyper-partisan rhetoric has only served to divide a state that, with all of her faults, has a history of bipartisan partnerships.  As the economic prospects for millions of American workers have slowly stabilized after the Great Recession, African American unemployment has also declined. Despite the opposition of Washington Republicans, the ripple-effect of President Obama’s economic stabilization efforts have borne some success.  Nationally, African American unemployment is at its lowest levels since the 1970s; however, the one state that retains the highest jobless rates for African American workers is Illinois. Under Bruce Rauner, one out of ten African American workers is left without a job. Many more are underemployed – working harder for much less.

Bruce Rauner has proven he’s a far better private equity gambler than a governor. So, the question remains, who is best suited to not only challenge him, but win and succeed in restoring compassion, innovation and economic growth for all of Illinois?

It’s clear to me that JB Pritzker is the choice for Democrats and the best chance Illinoisans have to restore stability and prosperity for all. As an early supporter of JB Pritzker, I’m well aware of the uninformed criticism that many may have. It is true – like Bruce Rauner, JB has personal wealth. What’s important to consider, however, is what JB Pritzker has done with that wealth.  He created a state-of-the-art non-profit business development effort to help determined entrepreneurs get their high-tech companies off the ground. In just a few short years, he’s helped add more than 7,000 high-tech jobs to Illinois. This business incubator provided otherwise unavailable opportunities to low-income, unconnected entrepreneurs. It’s an example of how JB has put personal passion ahead of personal profit.

JB Pritzker is also one of the leading charitable advocates for early childhood education. He helped form one of the strongest efforts to ensure that over 230,000 Illinois children start the day with a healthy school breakfast. For these low-income kids, this program is the difference between success and failure.  He remains one of Illinois most passionate criminal justice advocates. He’s supported the work of those who seek to overturn wrongful convictions and end the system of capital punishment that disproportionately convicts people of color.

Even JB Pritzker acknowledges the hesitancy voters have in supporting “another rich guy.” But he’s right when he says you should look no further than his deeds to determine his values, and those deeds have provided otherwise impossible opportunities for thousands of Illinoisans.

JB Pritzker’s campaign partner and candidate for Lieutenant Governor is Juliana Stratton. Juliana is one of the most progressive, hard-working legislators to serve in Springfield. She’s an accomplished African American woman who represents some of the most economically-challenged communities in Illinois. She’s a fighter for minority opportunity, investment in education, and critical social services to give Illinois families a hand up.

JB and Juliana support a $15 per hour minimum wage. Together, they have a record of building bridges – not firing up the hyper-partisan extremes like Bruce Rauner or Donald Trump. The JB and Juliana approach is the kind that Illinois so desperately needs.

Black History Month can be a reminder of the centuries of great wrongs and systematic discrimination experienced by generations of African Americans. While those lessons are worth recalling, so too are the dreams of unity, opportunity, fairness and justice for all. In Illinois today, those dreams are fading. That’s why we need a partner who can bring a record of inclusion – not division – to our state. JB Pritzker and Juliana Stratton will do that.